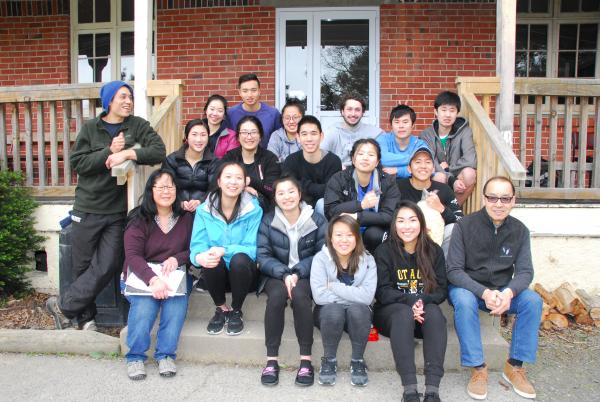 OSCA Camp was held over the weekend of the 4th to 6th September, at Tirohonga Camp on the Taieri Plains.  The campers enjoyed a action packed weekend of activities that challenged and perplexed them. Friday night started with dinner and a quick briefing. Icebreaker games began after dinner and then the campers headed outside for a capture the flag game before settling in to the lounge to watch a movie.

The next day we had an early start with a new activity where the campers belted into a cart which was towed around a grassy paddock accompanied by power slides, big grins, and screams. 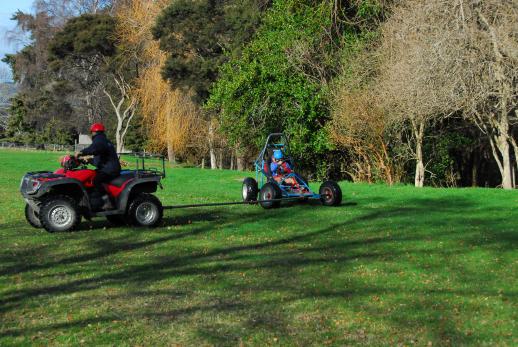 Included in the morning session was abseiling which challenged the campers with a steep slope, followed by a search and rescue exercise which incorporated teamwork, physical effort, planning, and observation.

After lunch a longtime supporter of OSCA, John Barton, performed his magic show to a mix of young and old visitors and the campers. It was a great performance and we are still not sure how the tricks worked. 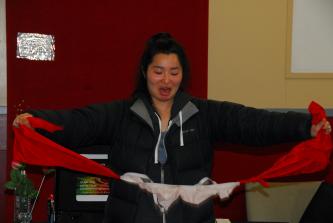 The teams of campers then began their preparations for a lipsync competition for after dinner. Catering the campers was a team of dedicated volunteers who did a fantastic job. Thanks to Jean Lai, Sally and Michael Young, and others who volunteered to keep our campers fed over the weekend.

OSCA MKR Dumpling Challenge where the teams showcased their kitchen skills was judged by an experienced panel of foodies, who were tasked with choosing a worthy winning team. We saw some very interesting interpretations of the brief and it was a close competition. Thanks to Michael Hall, John Barton, and Gabriel Lau for risking their lives and reputations in adjudicating this event. 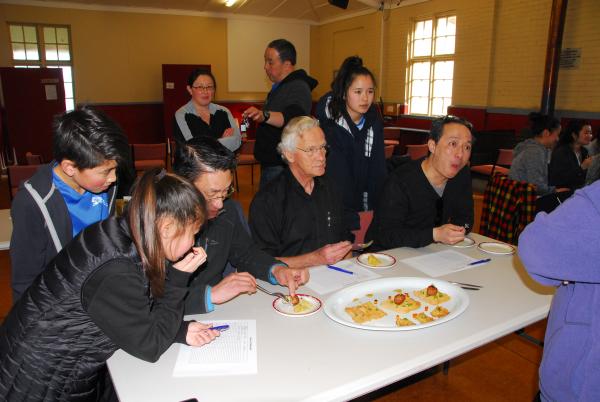 Visitors to camp were treated to a very nice meal and the Lipsync performances afterwards. As usual we watched a mix of styles and the competition was fierce and everyone in the audience were entertained by the teams who performed.

Following the Lipsync Competition we held our final outside game with the teams having to solve puzzles and code break to gain a clue which would help them find items outside in the dark to complete their tasks. The teams eventually enjoyed a bonfire with the traditional marshmallows being toasted.

The next morning the teams were tasked with completing the confidence course in the quickest possible time. It was encouraging to see the teamwork and support each team member lent to others. 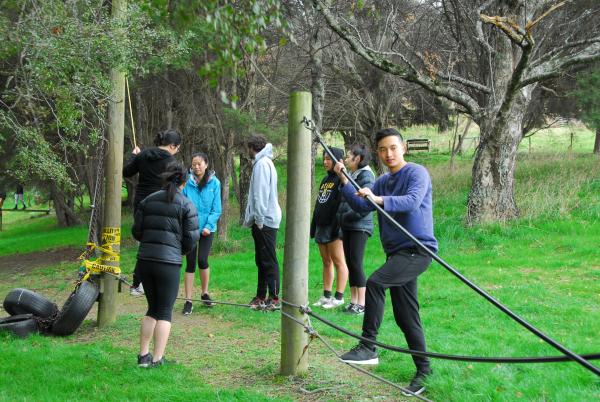 We had some brunch and completed the cleanup and debrief and left for home after another full on Camp. Looking forward to next year's camp in 2017.