Protection at last for 'hungry ghosts' 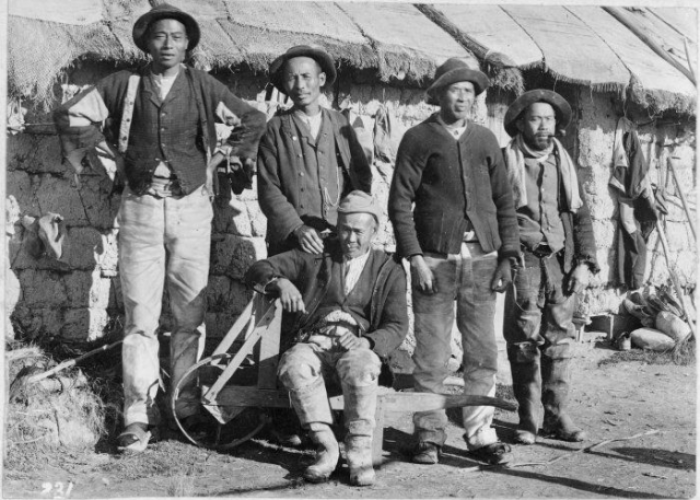 The site of one of Northland's most significant shipwrecks has been given legal protection as an archaeological amid concerns that divers have been raiding what is in effect a mass grave.

The SS Ventnor sank near the mouth of the Hokianga Harbour in 1902 after earlier hitting a reef off the Taranaki coast. The captain had been trying to reach Auckland for repairs.

The ship was carrying the remains of 499 Chinese miners who had died on South Island goldfields.

A charity had exhumed their bodies, and was planning to rebury them in their home villages in China. Some caskets washed up along the coast and were buried by Maori, but many remain on the sea floor.

The sinking was a tragedy for the miners' descendants.

According to Chinese tradition, the spirits of people buried without proper rituals cannot rest and are doomed to become 'hungry ghosts.' Those rituals were finally carried out last year, but since then a new threat to the goldminers' rest has emerged.

The wreck's location, in 40 metres of water about eight nautical miles (15 kilometres) offshore had until recently protected it from interference but improved technology has made it easier to reach.

Reports of divers removing parts of the wreck put the Chinese community, led by Rawene woman Wong Liu Shueng, in a race against time to protect the miners' remains.

She enlisted the support of the goldminers' descendants, local iwi and Maritime NZ, and persuaded Heritage NZ (formerly the Historic Places Trust) to fast-track protection for the site.

Dunedin GP Peter Sew Hoy, whose great-great-grandfather Choie Sew Hoy's remains went down with the ship, said he was deeply concerned when he heard about divers interfering with the wreck.

He contacted Heritage NZ to express his concerns, and to lend his full support to Ms Wong's push to have the Ventnor declared an archaeological site.

"My great-great-grandfather's remains are on that ship. We're relieved and very happy that the site is protected," Dr Sew Hoy said.

Heritage NZ's Northland manager, Bill Edwards, said recreational diving was still permitted, but the wreck was now covered by the archaeological provisions of the Historic Places Act 1993. That meant it was illegal to damage or modify the site, which included removing any objects. The protected area is a circle of 500-metre radius from the centre of the wreck.

Mr Edwards said the shipwreck was a cultural heritage site of international significance.

"It's also a tangible reminder of the important role the Chinese community played in the economic and social development of New Zealand. It still contains the remains of many Chinese who never made it back to their homeland, and as such is sacred to the New Zealand Chinese community," he added.

Pre-1900 archaeological sites are automatically protected by law. The Ventnor sank in 1902, so had no protection before last week.